Finally, the bottom line for original music artists like myself and my friends is we keep doing this because we’re totally addicted to it!  It’s what we do.  I love to compose music.  I have a huge backlog of compositions, either ready to be recorded or in need of some sort of final arrangement or edits—but lingering and hoping for a home eventually.  I’ll never finish the whole lot, either.  I can see that—time’s gonna run out.  But I’m truly fine with all this.  No matter what happens in the world of music, or in the world in general for that matter, as long as I have the facility to do so I can continually enjoy composing and playing music.  And I will.  I can’t see an end other than the inevitable one.  Money is important.  To continue to produce good music one must keep the $$ coming in somehow.  But the greatest blessing is the fact that we original music artists can actually produce something good in the first place.  I have to remember that.  Not everyone can do what we do. 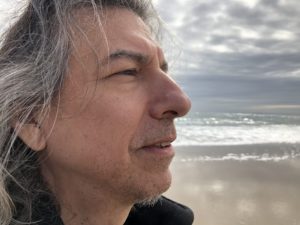